A Forest Engineer, he began his photographic journey in a self-taught way when he was still a child. David became interested in landscape and wildlife photography during his studies and first years working in nature, having received the National Prize for Photography and Environment and the National Prize for Scientific Promotion in 2010. His works have been used in several environmental publications and national campaigns to promote nature. Although his professional beginnings were in the field of nature photography, his interest in social photography and the opening of a photography studio in Burgos in 2012 (Estudio 2d Weddings), made him become a people photographer. Nowadays he dedicates himself almost exclusively to wedding photography, developing this activity practically all over Europe. He was nominated as European Revelation Photographer in 2015 and also nominated as Photographer of the Year in 2016, 2017, 2018 and 2019 (UnionWep). He is currently among the top ten wedding photographers in Spain (UnionWep) and was named Photographer of the Year 2018 (Wedphotospain - Worthphotographer). Recently he started to collaborate as a teacher in different training centers and photography congresses. 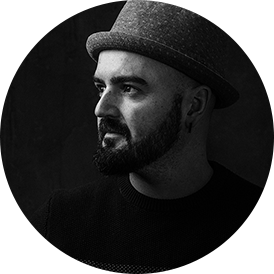 For a long time I searched for a company that understood my way of working, that could find the perfect finish for each job, that would innovate every year to adapt to my personal search, until I found DreambooksPro. They work with exceptional products, with all the details that make my final work perfect for my clients. The personalised follow-up, the delivery times and the finishes are for me the strengths of this company, and from my point of view, a guarantee for the photographer.