Rafael Vaz, is a Portuguese-Brazilian photographer who began his career at the age of 17. He has a degree in Publicity and Advertising and proven work in the areas of fashion, advertising and product photography but it was in the wedding photography that he found his true passion. Having as the only memory of his deceased father his wedding album, Rafael foresaw in his life destiny the art of storytelling. With all the inheritance that his father left him, he decided to buy his first camera. At their parents' wedding album, the photographs were too rehearsed and did not show any personality nor feeling. Today Rafael seeks to leave as a memory, a work full of stories and feelings, so that one day, the couple's children, grandchildren and their whole family can experience all the emotion they have felt on their great day. Rafael is considered one of the most awarded photographers in Brazil, and he was even recognized by the country's largest newspaper, "Globo G1". He was among the 20 best world photographers in the ISPWP ranking. He has already been the second Brazilian photographer with more Fearless, WPJA and AGWPJA prizes, besides being part of the group of photographers awarded by Junebug. He is currently based in São Paulo but photographs weddings all over Brazil, Europe, the United States and Mexico. 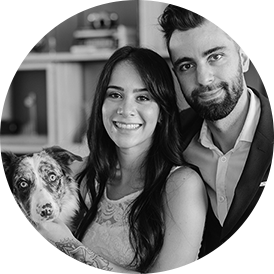 Today I stand out from my competitors thanks to the range of coatings, covers and accessories that DreambooksPro offers, and that delights our customers. DreambooksPro is flawless in every detail, from packaging to service. The design of the albums is what I value the most, the colours, fabrics, printings are always extremely fashionable, which reflects the exclusivity of our brand and the quality of our photography.