Andréia Garcia was born in Brazil and lives in Portugal since 2007. She has a Degree in Management but in 2015 decided to start working as a professional photographer. After the first sessions with babies, she decided to specialise in newborn photography. She opened her studio in Cascais in 2016 in order to attend the most demanding public, that looks for high quality images, having as priority the safety of the baby. In 2017, became a member of Photography Association, being now part of the International Association of Newborn Photographers, where earned the excellence honour distinction of newborn photography by Newborn Magazine. She has already been speaker of the major national and international events, as Wedding Brazil, Click Family, Expofoto - The Way, Cifoto - Italy, among others. 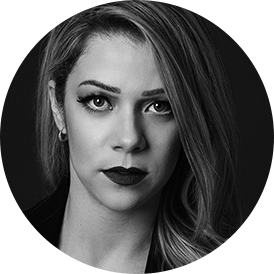 From the beginning of my photography project, I decided to invest in brands that made the difference in the market because my main goal was to offer the best to my customers. And I found DreambooksPro, the brand that has what I had looking for in an album supplier. High-end finishes, innovation, excellence and commitment with shipping and turnaround time. Fundamental qualities to my business which aims and value most my work beside my customers.