Víctor Martí was born in Madrid in 1969 and ever since his father gave him a Nikon FM, images have been, and still are, his life's passion. He started out as a television reporter for Agencia EFE, the international news service set up in Spain, and then for Antena 3, the Spanish television channel, where he covered the war in Kosovo, the football world championships, Katrina hurricane and even the numerous trips of the Spanish Monarchs around the world. Some years later, already as a full-time photographer, his particular way of looking, influenced by journalism, made him evolve and grow professionally, until he became one of the best and most awarded wedding photography professionals at an international level. He never imagined that doing what he loved most would bring him so much satisfaction. This passion led him to found EL MARCO ROJO, a group of photographers who did all kinds of photography but quickly found an area in which they liked to work: weddings. With his partner and fellow photographer Antonio Trigo, and together with great photographers such as Alicia Haro and Javier Echanove, EL MARCO ROJO has established itself as a team of professionals with a unique eye that is easily recognised all over the world. It has been 10 years since the studio decided to focus on destination weddings and since then they have not stopped travelling all over the world. At each wedding they get a unique story that comes together with the most authentic and risky photojournalism. This has been one of the secrets of their success, as well as approaching each wedding as if it were their first and never losing their enthusiasm for what they do. For Víctor, it is about giving his all in his work, since this is the basis of what he has achieved and will achieve in the world of images. 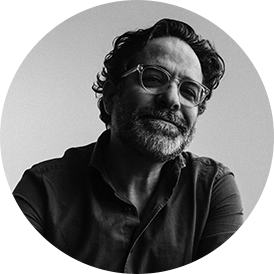 It was clear to us from the beginning that working with a big brand was something necessary for our company and DreambooksPro fulfills everything we were looking for in a big company in order to serve our customers. But it's not just an album supplier: the human team is an ally to your brand that makes you understand what products work best for you and how to sell them, and this makes all the difference.